As Minister of Music and Organist, Stephen Marshall-Ward officially joined All Pilgrims Christian Church in the spring of 2013.  With meaningful connections to All Pilgrims since the mid-1990s, this recent professional relationship has special meaning for him as he joyfully shares his musical and leadership gifts with this welcoming and vibrant faith community.  He has served congregations from the East Coast to Texas, and throughout the Northwest, most recently The First Presbyterian Church (Seattle, WA), Edmonds United Methodist Church (Edmonds, WA), and Temple B’nai Torah (Bellevue, WA).

Dr. Marshall-Ward is Professor & Chair of the Music Department at Trinity Lutheran College (Everett, WA).  As an educator, he has taught privately for over thirty years, has founded or co-founded institutions for spirituality and the arts, has taught Music Theory and directed the Men’s Chorus at Seattle Pacific University, and is a Past Dean of the Seattle Chapter of the American Guild of Organists.  As a guest speaker on Worship and the Arts, he has been invited to speak to churches up and down the West Coast, as a guest lecturer to students at The Julliard School, and as a lecturer on “Aesthetics in Spiritual Spaces.”

Dr. Marshall-Ward holds a Bachelor of Arts in Church Music (with primary focus in piano and secondary focuses in church administration and organ performance), a Master of Arts in Sacred Music (with special focus in choral conducting and music composition), has completed post-graduate studies at Westminster Choir College and Southwestern Seminary, and a Doctorate in Sacred Music (D.S.M.) through the Graduate Theological Foundation completing his course work at Oxford University, England.  His organ teachers have included Joan Lippincott (Chair of the Organ Department at Westminster Choir College and Chapel Organist at Princeton University), Al Travis (Chair of the Organ Department at Southwestern Seminary), and John Weaver (Chair of the Organ Department at The Juilliard School).  With gracious collaboration from Morten Lauridsen, Stephen’s final doctoral project included a performance and written analysis of Lauridsen’s Mid-Winter Songs, a stunning five-movement choral suite featuring the poetry of Robert Graves.  Stephen is honored to have completed his doctoral degree under the tutelage and mentorship of the Right Reverend David Stancliffe, Bishop of Salisbury Cathedral, who imparted to Stephen the capstone of gracious, creative music ministry emanating from a joyful and grateful heart.

In addition to his musical studies, Dr. Marshall-Ward has theological and ecclesiastical training and Seminary training in Church History, Christian Ethics, and Theology through the Ph.D. level.  For more than two decades, he has been a student of church growth concepts, attending many national and international conferences with leading church growth experts, including a Symposium on Twenty-First-Century Church Music at Cambridge University in England.

As a performer, he began performing solo piano concerts at age 12 and solo organ concerts at age 15.  At age 17, he performed his first solo European concert tour, performing 19 organ concerts in seven European countries.  Since then, Dr. Marshall-Ward has performed many concerts on both the east and west coasts, and throughout Europe, including appearing as a guest organist for the noon-day prayer service at Cologne Cathedral in Cologne, Germany.  He is half of a duo-organ team, performing together with his colleague Dr. Wanda Griffiths since 2002, appearing on recital series around the Pacific Northwest and in Southern California, including as featured performers for the Northwest Regional Convention of the American Guild of Organists.

Stephen is also an award-winning designer, owning an interior and architectural design company specializing in sacred-space design.  With a base of more than sixty clients, Stephen Marshall Design, Inc., has renovated dozens of homes, developed and designed retail and commercial spaces, and designed and renovated many spiritual spaces throughout Washington.  He has two wonderful grown sons – Andrew and Alex – and lives in Lynnwood with James, his husband.  In his “free time,” Stephen enjoys music, architecture, design, art, writing, poetry, cooking, gardening, travelling, and their silky terrier, Nikki.

Jeremy Matheis has been the Office Manager at All Pilgrims since February, 2008 and is the main contact point for all administrative matters. 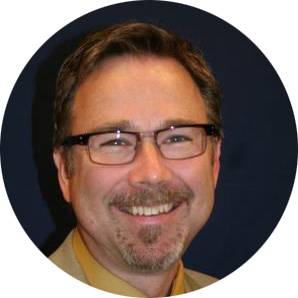